The Concierge Guide to the City of Light

Welcome to Europe’s capital of fashion, art, culture and cosmopolitan cafe society. The city where Ernest Hemingway fell in love, Gabrielle Bohneur transformed into “Coco Chanel” and Pablo Picasso became established as the greatest artist of the 20th century.

Paris today is an ideal destination for the discerning traveler. A city filled with luxury hotels, Michelin starred restaurants and a bustling cafe and nightlife scene filled with energy and a cosmopolitan ambience. Being the non-negotiable champion of culture among cities, Paris is the ideal place for lovers of art, collectors as well as for those who simply seek to purchase fine works of art from renowned painters and sculptors.

Many of our clients also choose to visit Paris for their luxury shopping needs. Our company is in the know-how of local boutiques as well as major retailing stores or even some of the most famous Parisian boutiques located around Champs Elysee, the Tuileries and Les Marais. Arrange a private shopping excursion at the heart of Paris and compliment your stay at the city of light with gourmet tasting at world renowned restaurants, patisserie and art cafe.

Luxury Concierge can also arrange private excursions at nearby locations such as Versailles, Disneyland, Lille or even futher south at Nice, Cannes, Monaco and St. Tropez.

Paris, France’s capital, is a major European city and a global center for art, fashion, gastronomy and culture. Its 19th-century cityscape is crisscrossed by wide boulevards and the River Seine. Beyond such landmarks as the Eiffel Tower and the 12th-century, Gothic Notre-Dame cathedral, the city is known for its cafe culture and designer boutiques along the Rue du Faubourg Saint-Honoré.

Since the 17th century, Paris has been one of Europe’s major centres of finance, commerce, fashion, science, and the arts. Paris is also famous for its museums and architectural landmarks. 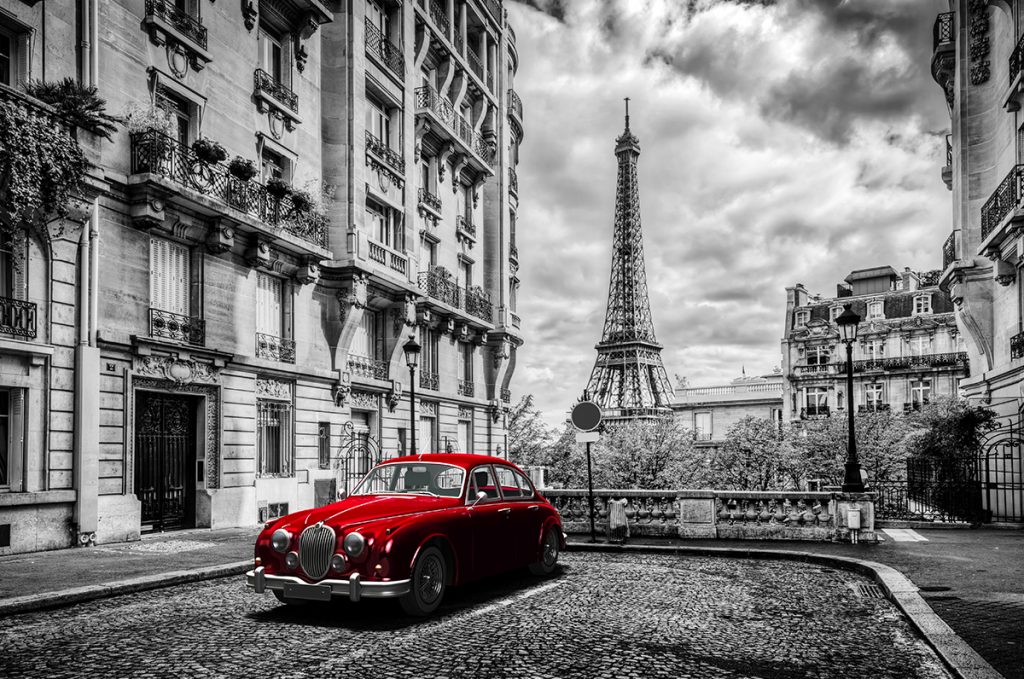 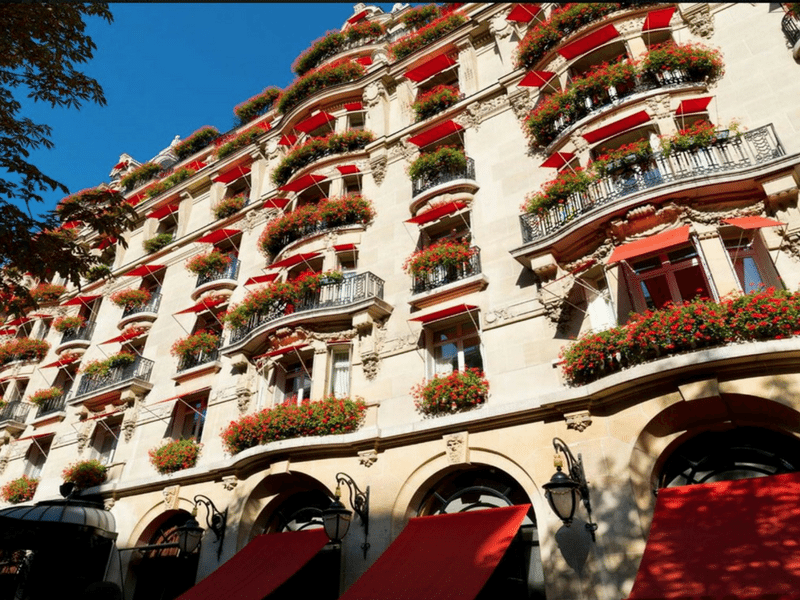 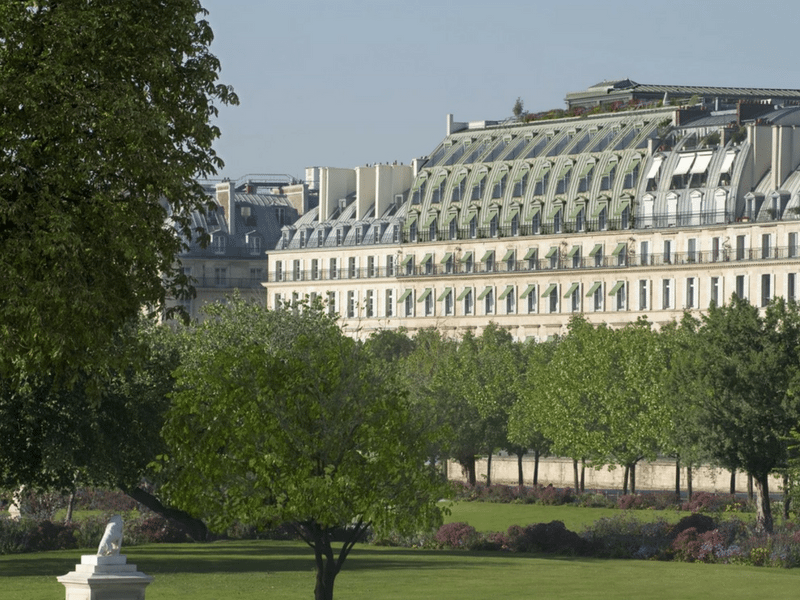 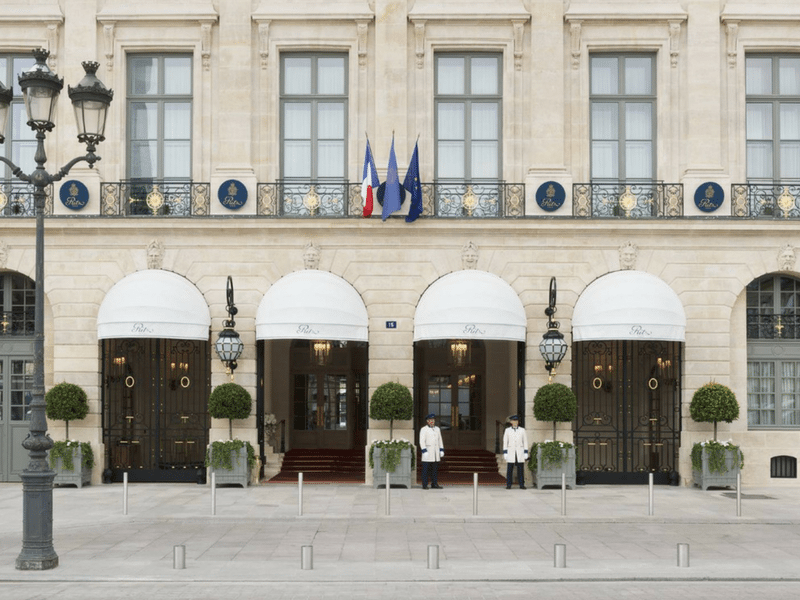 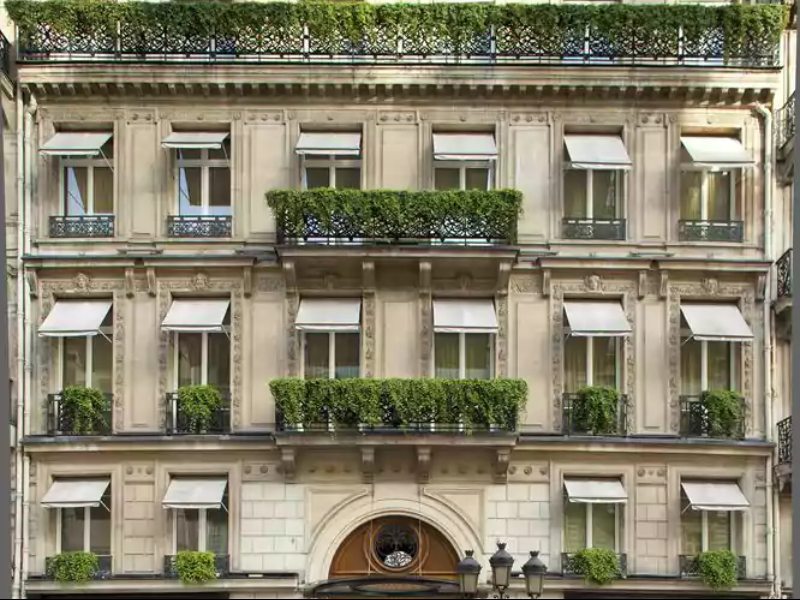 Luxury serviced apartments located at some of Paris most aristocratic neighborhoods.

The Eiffel Tower is a wrought iron lattice tower on the Champ de Mars in Paris, France. It is named after the engineer Gustave Eiffel, whose company designed and built the tower.

Constructed from 1887–89 as the entrance to the 1889 World’s Fair, it was initially criticized by some of France’s leading artists and intellectuals for its design, but it has become a global cultural icon of France and one of the most recognisable structures in the world. 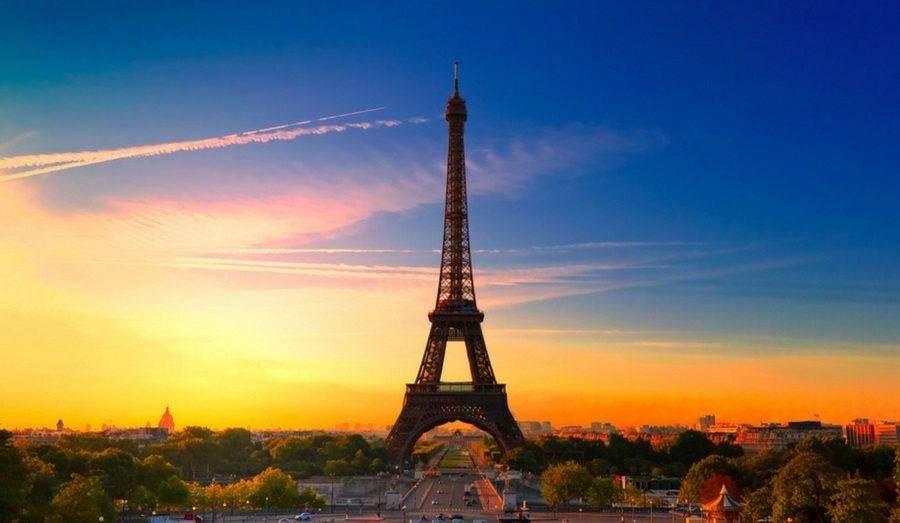 The Louvre is the world’s largest art museum and a historic monument in Paris, France. A central landmark of the city, it is located on the Right Bank of the Seine in the city’s 1st arrondissement (district or ward). Approximately 38,000 objects from prehistory to the 21st century are exhibited over an area of 72,735 square metres (782,910 square feet). The Louvre in 2016 was the world’s most visited art museum, receiving 7.3 million visitors. 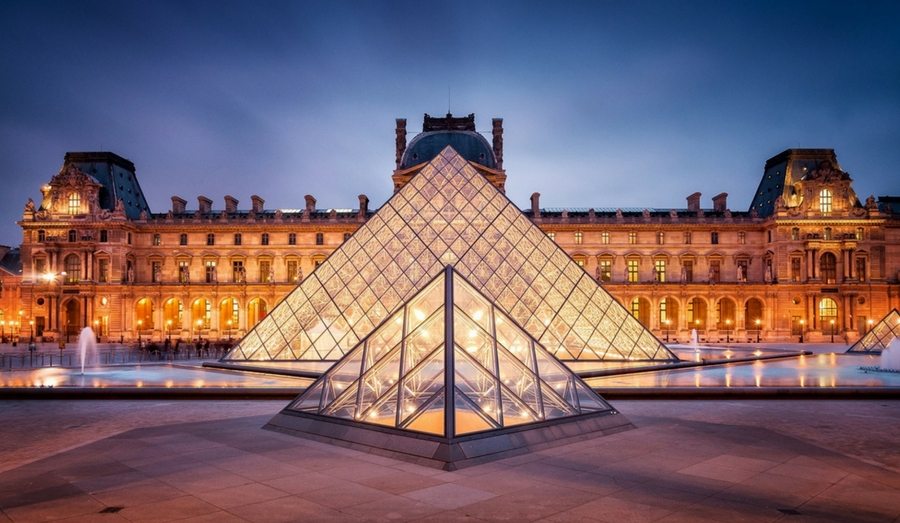 The Arc de Triomphe de l’Étoile (French pronunciation Triumphal Arch of the Star) is one of the most famous monuments in Paris, standing at the western end of the Champs-Élysées at the center of Place Charles de Gaulle, formerly named Place de l’Étoile — the étoile or “star” of the juncture formed by its twelve radiating avenues. The Arc de Triomphe should not be confused with a smaller arch, the Arc de Triomphe du Carrousel, which stands west of the Louvre. 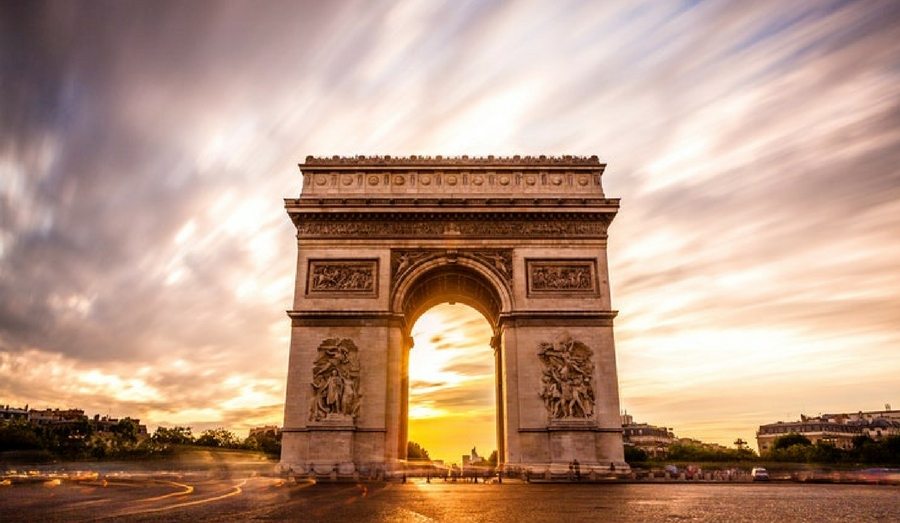 Notre-Dame de Paris, also known as Notre-Dame Cathedral or simply Notre-Dame, is a medieval Catholic cathedral on the Île de la Cité in the fourth arrondissement of Paris, France. The cathedral is widely considered to be one of the finest examples of French Gothic architecture, and it is among the largest and best-known church buildings in the Catholic Church in France, and in the world. The naturalism of its sculptures and stained glass serve to contrast it with earlier Romanesque architecture. 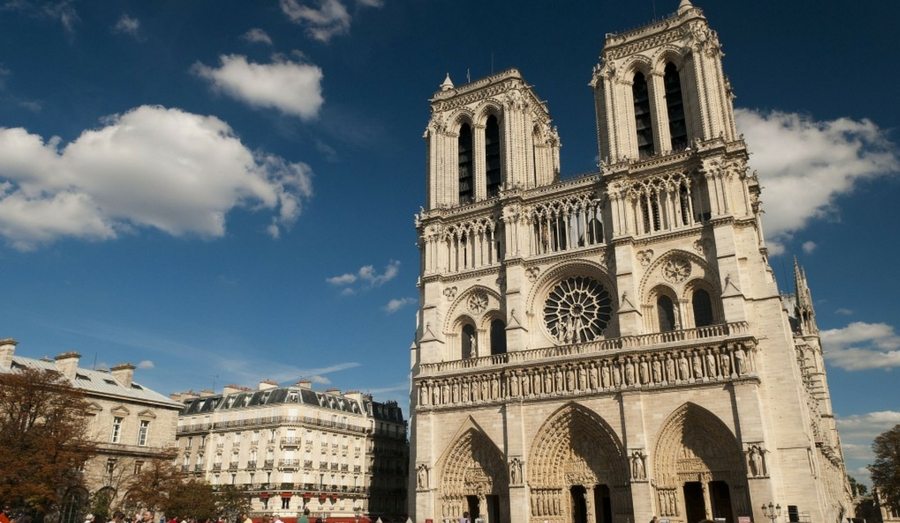 The Basilica of the Sacred Heart of Paris, commonly known as Sacré-Cœur Basilica and often simply Sacré-Cœur, is a Roman Catholic church and minor basilica, dedicated to the Sacred Heart of Jesus, in Paris, France. A popular landmark, the basilica is located at the summit of the butte Montmartre, the highest point in the city. Sacré-Cœur is a double monument, political and cultural, both a national penance for the defeat of France in the 1870 Franco-Prussian War and the socialist Paris Commune of 1871. 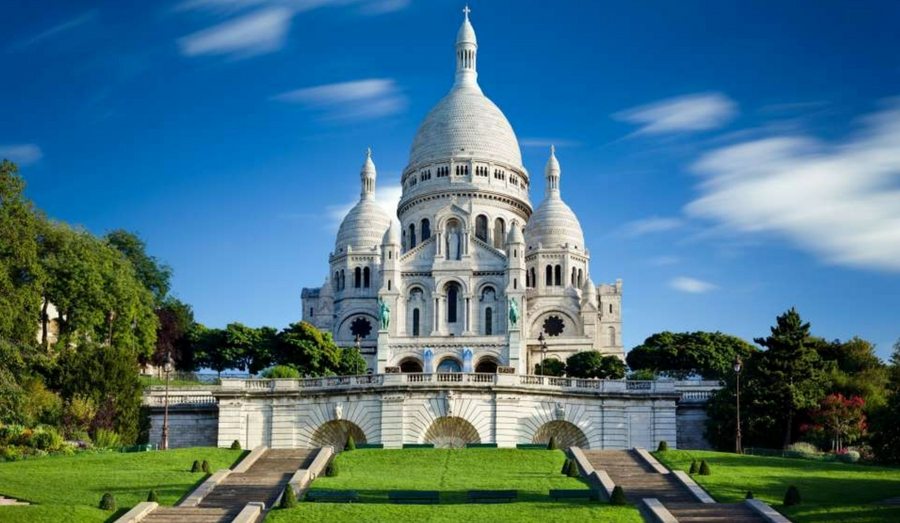 The Paris Opera is the primary opera company of France. It was founded in 1669 by Louis XIV as the Académie d’Opéra, and shortly thereafter was placed under the leadership of Jean-Baptiste Lully and officially renamed the Académie Royale de Musique, but continued to be known more simply as the Opéra. Classical ballet as we know it today arose within the Paris Opera as the Paris Opera Ballet and has remained an integral and important part of the company. 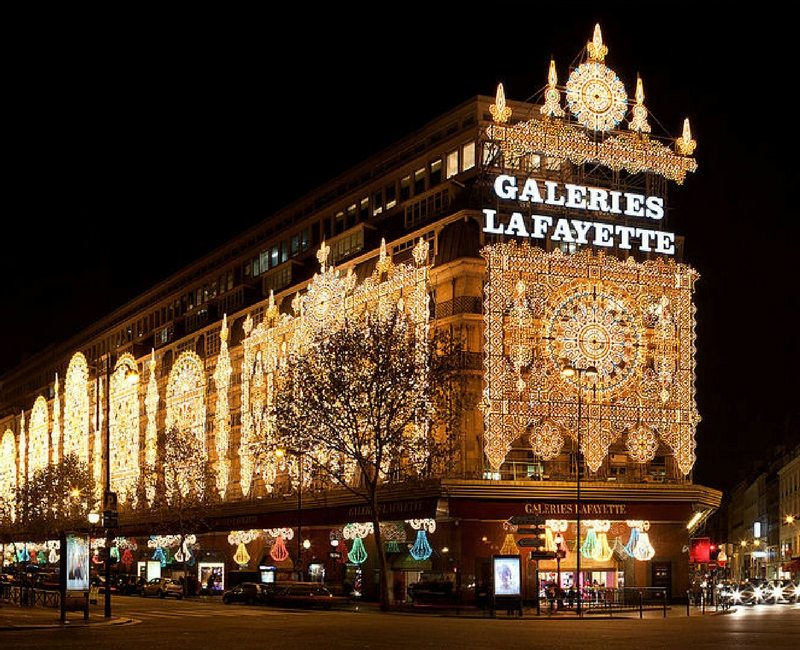 Galeries Lafayette is Paris biggest & most famous department store located on Boulevard Haussmann in the 9th arrondissement of Paris. 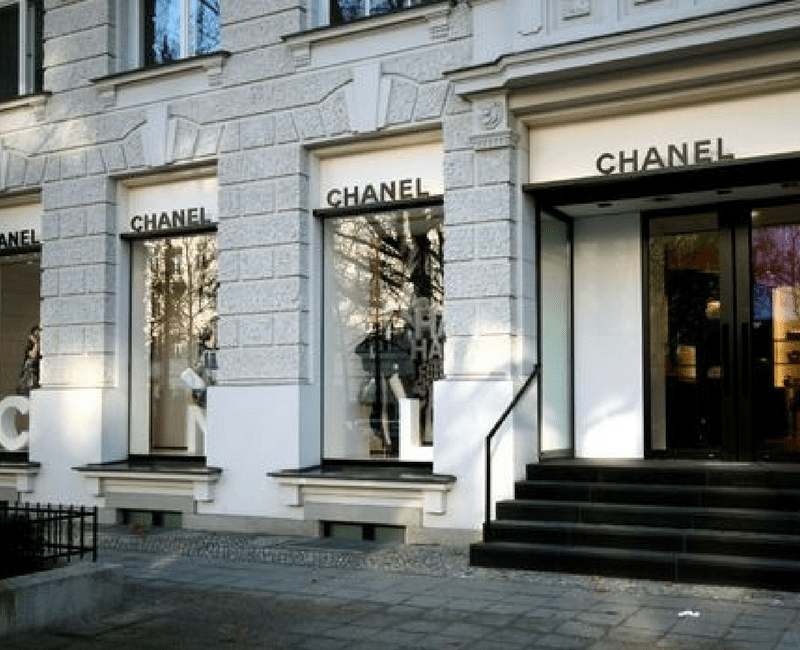 Visit the original boutique of Coco Chanel, the woman who reinvented fashion by democratizing it and producing streetwear garments that literally renovulionized how we preseve style in the modern days. 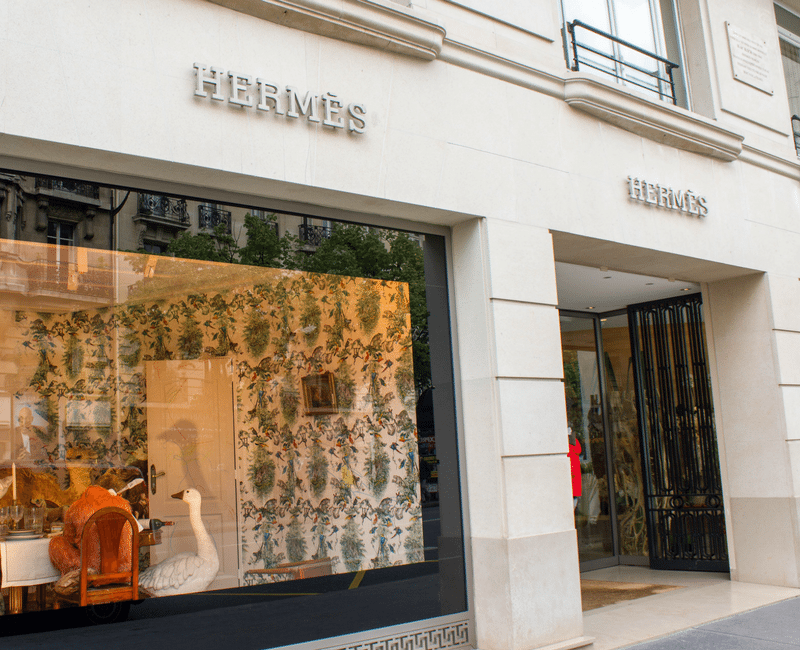 Of all the status names, none holds a higher place than Hermes. Its boutique on the Right Bank sells its well-known scarves and ties along with men’s and women’s clothing, accessories and fragrances. The legacy of Christian Dior was created on a 5 story Parisian townhouse at 3o Avenue Montaigne. To this day, the beating of the heart of Dior remains at the same place offering guests with an opportunity to uncover its legend.

From 100% tailor-made fashion items to VIP tickets in world-renowned experiences we will certainly be able to find something that will cover the needs of even the most demanding individuals. 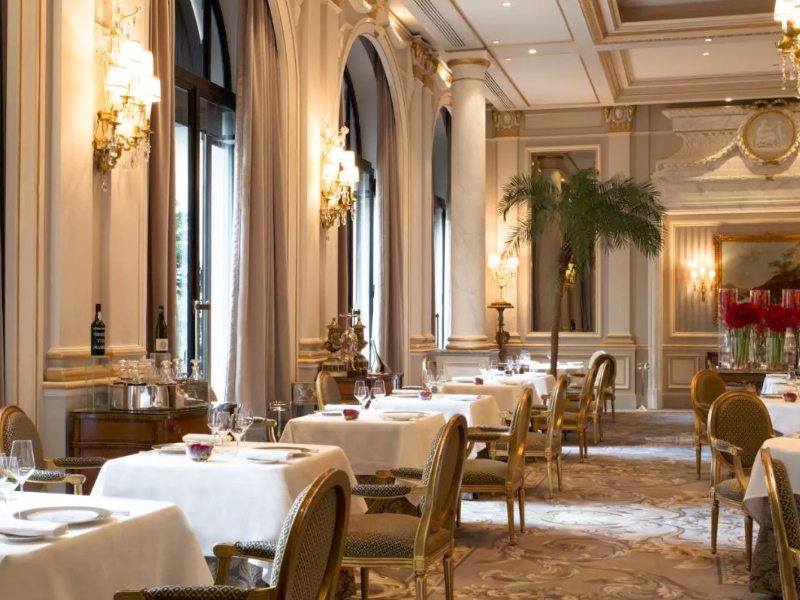 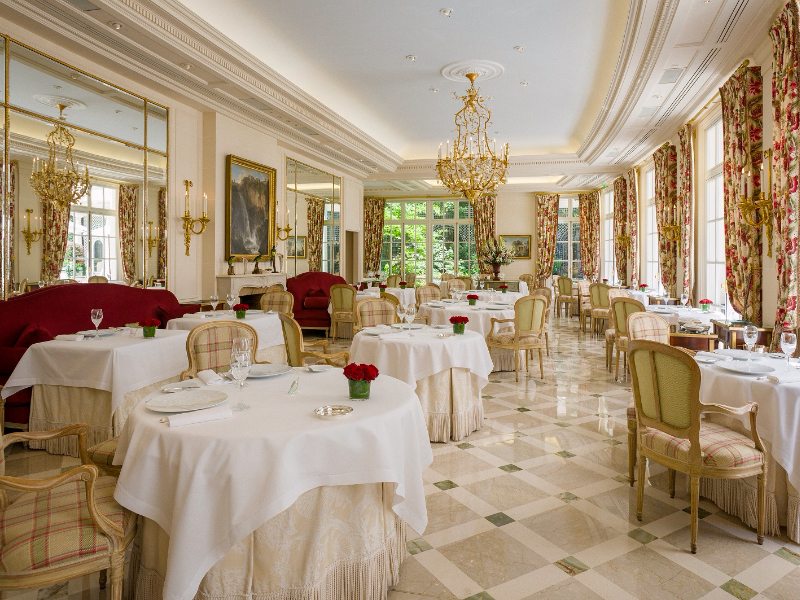 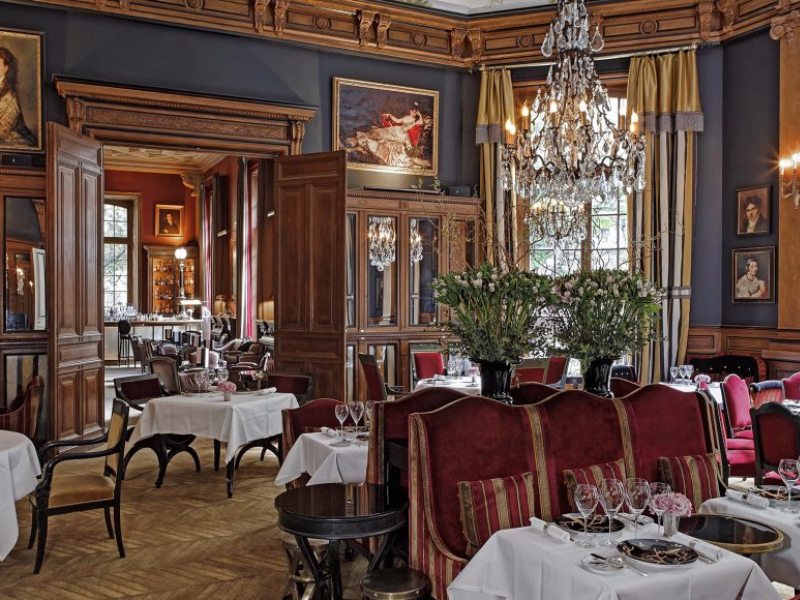 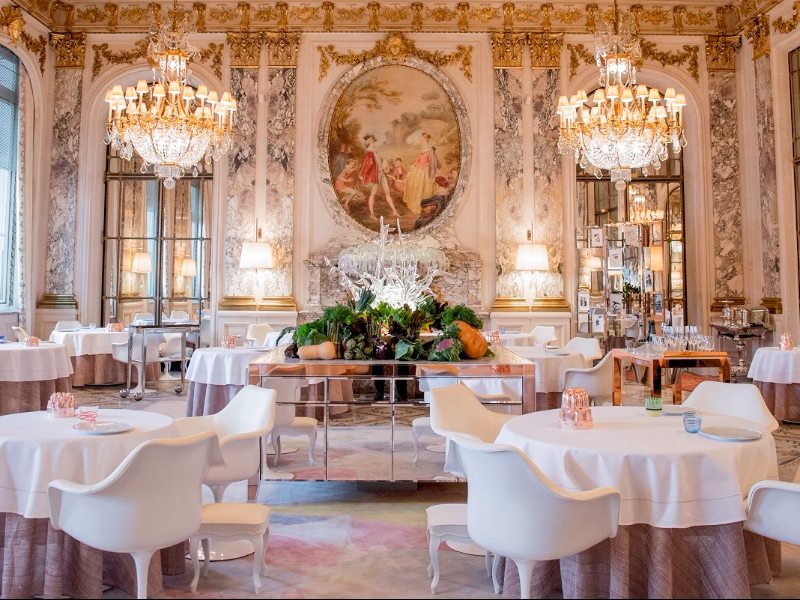 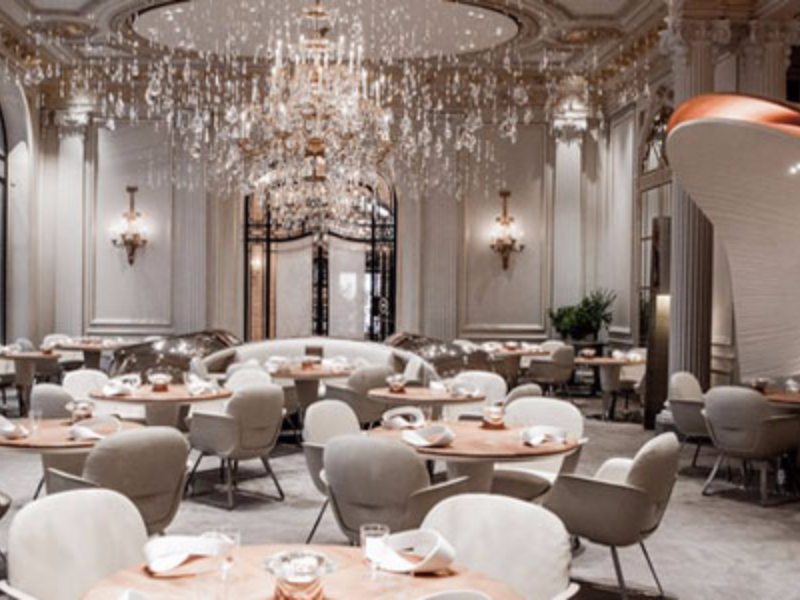 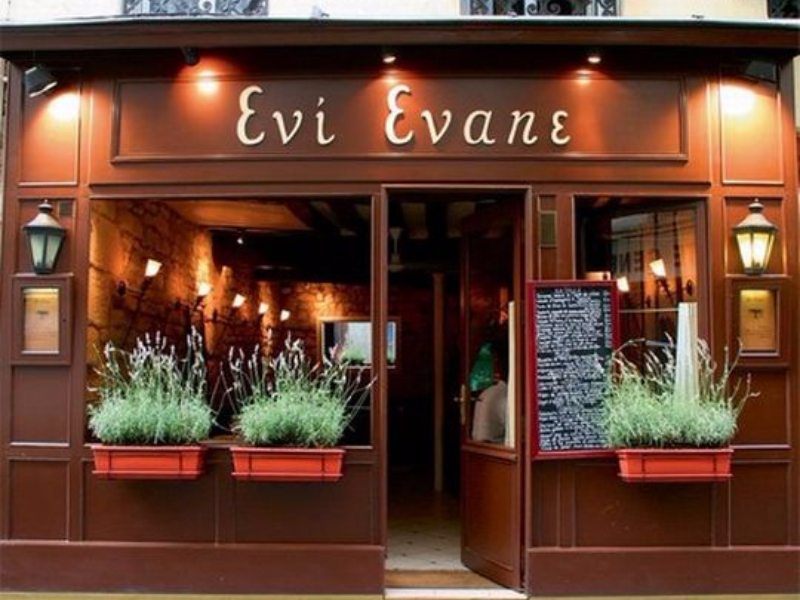 Celebrate the first day of the year at aristocratic Paris, the most beautiful city in the world. 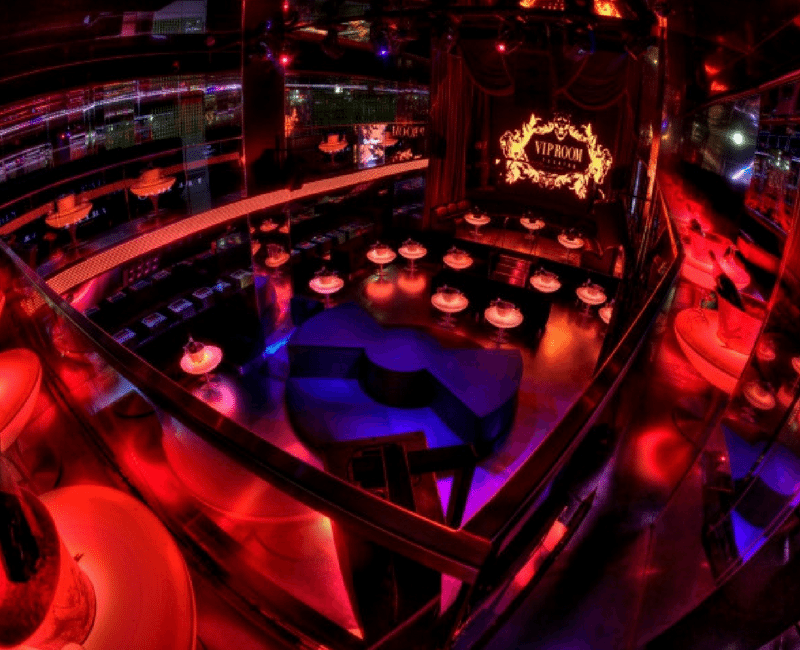 With sister venues in St Tropez, Monaco and Cannes (namely, the playgrounds of the rich and fabulous) the VIP Room’s Parisian original is hot and it knows it, just like most of the patrons it attracts. 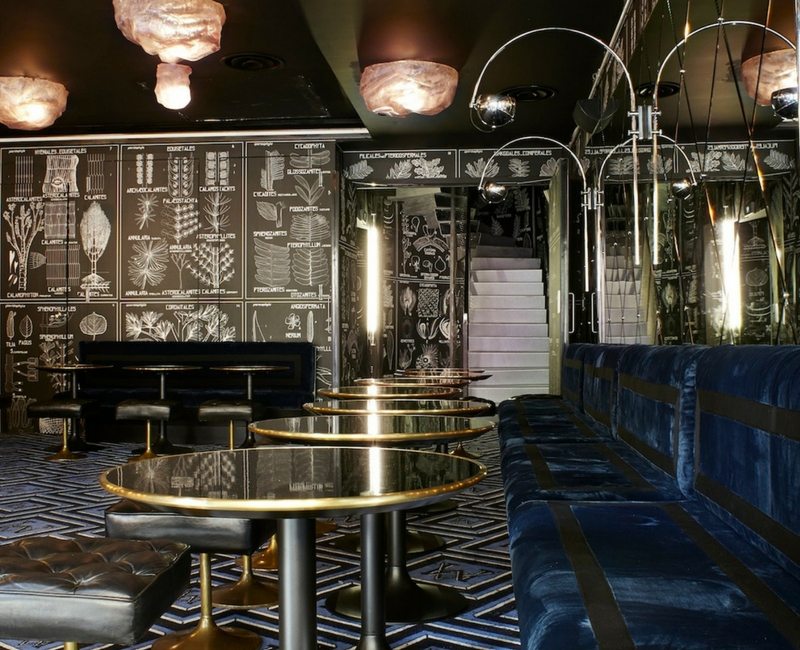 Opened during 2009 Fashion Week by Olivier Zahm and Andre Saraiva, Le Montana is arguably the hardest club to get into in Paris. In 2015, Montana was renovated and remains one of the finest clubs until this day. 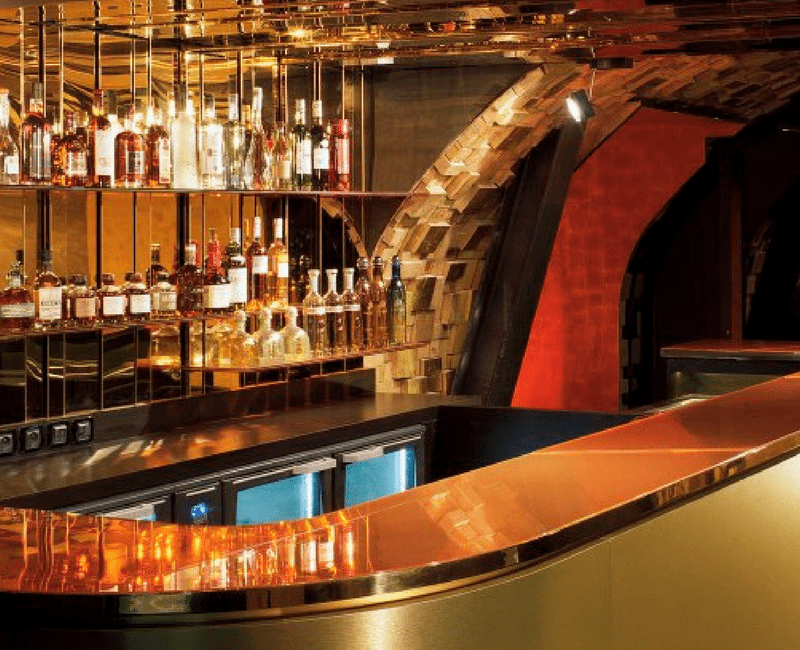 David Lynch’s beautifully designed club-cinema, Silencio, is one of Paris very few private members club for the creative community. The club is considered a successor to the 17th century Parisian salons that served as hubs of the citie’s intellectual & literary circles. 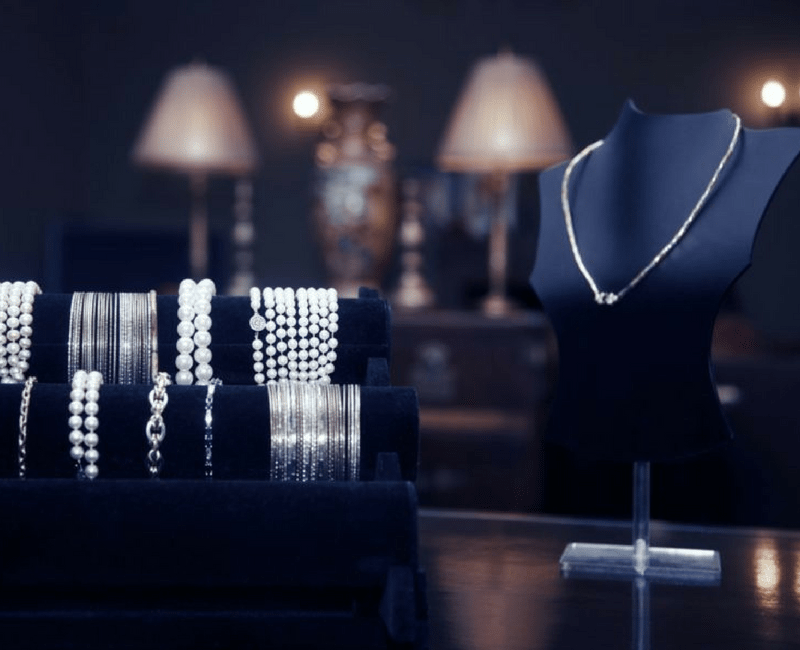 Embark at the ultimate journey of fashion & style by visiting some of the finest fashion boutiques, department stores and collector’s retailers in Europe. Our personal shopping experience in Paris will literally leave you speechless. 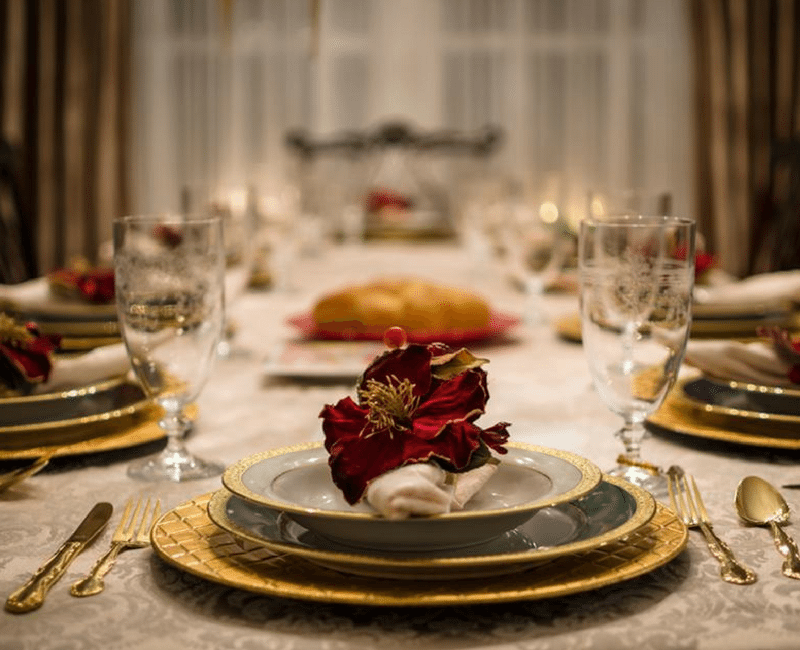 Organize the perfect Parisian private dinner’s at some of the city’s most exquisite landmarks and gourmet restaurants. An ideal service for anniversary celebrations, wedding proposals or even simply to impress your other-half. 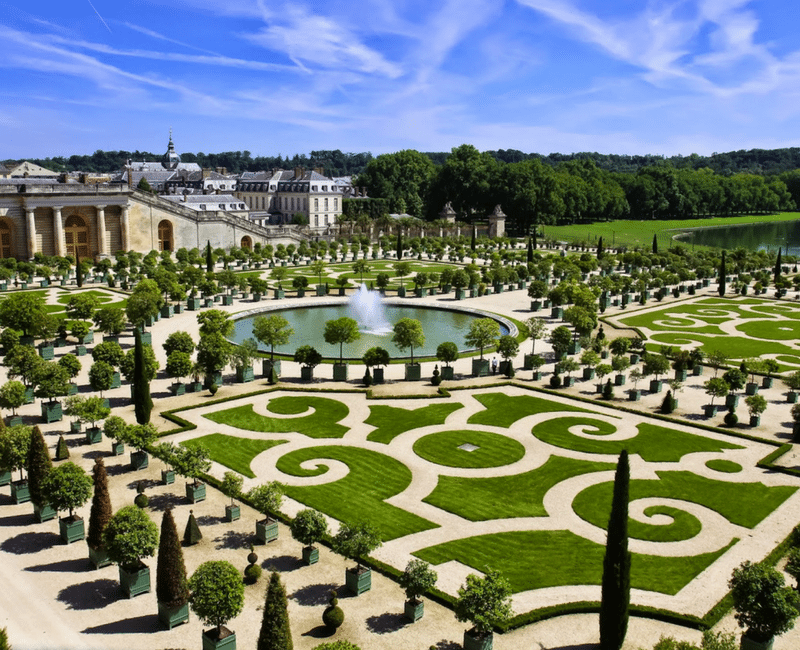 Take a private day tour at the world’s most imposing palace complex. An architectual masterpiece that dates back to the 17th century and the reign of King Louis the 14th, also known as “King Sun”.